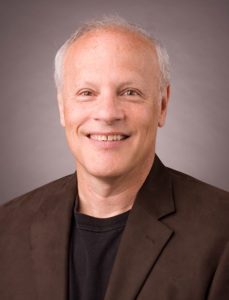 Nutritional Medicine by Dr. Alan R. Gaby is a science-based, reference textbook written for physicians and healthcare practitioners. The textbook discusses hundreds of nutritional therapies that can be used as effective, low-cost, low-risk alternatives or adjuncts to conventional medicine.

Dr. Gaby received his undergraduate degree from Yale University, his M.S. in biochemistry from Emory University, and his M.D. from the University of Maryland. He was in private practice for 19 years, specializing in nutritional medicine.

He is past-president of the American Holistic Medical Association who has given expert testimony to the White House Commission on Complementary and Alternative Medicine on the cost-effectiveness of nutritional supplements. He is the author of Preventing and Reversing Osteoporosis (Prima, 1994), The Doctor’s Guide to Vitamin B6 (Rodale Press, 1984), the co-author of The Patient’s Book of Natural Healing (Prima, 1999). Dr. Gaby has written numerous scientific papers in the field of nutritional medicine. He has been the contributing medical editor for the Townsend Letter for Doctors since 1985, and was contributing editor for Alternative Medicine Review from 1996 to 2010.

Over the past 36 years, Dr. Gaby has developed a computerized database of more than 28,000 individually chosen medical journal articles related to the field of natural medicine. He was professor of nutrition and a member of the clinical faculty at Bastyr University in Kenmore, WA, from 1995 to 2002. He is Chief Science Editor for Aisle 7 (formerly Healthnotes, Inc.) and has appeared on the CBS Evening News and the Donahue Show. In 2010, Dr. Gaby completed a 30-year project: the textbook Nutritional Medicine. Over the past 6 years, he has worked on completing the updated second edition of Nutritional Medicine.

“I am tremendously grateful for your book. Its clinical pearls have been an invaluable part of my practice. It has been a phenomenal help to me in determining the best therapies for my patients and in getting great results, especially with less common disorders.”